Mica Hendricks is an illustrator and graphic artist who describes herself as a ‘busy mockingbird’. Mockingbirds will employ the birdsong of many other species to create their own, unique performance. In this way, the mockingbird rearranges reality in the same way that the artist creates. Similar to the mockingbird’s ‘art’ (audio,mimicking other birds), Hendricks is not bound to a specific subject, but does work within one media (2D visual arts) and displays a strong theme throughout her work (portraiture).

One of Hendricks’ projects is her on-going collaborative work with her 4-year-old daughter and this is the work that interests me. The project came about when Hendricks’ daughter caught sight of the brand-new sketchbook that Hendricks was doodling a face in at the time. Typically of children, her daughter was immediately filled with an overwhelming desire to also draw in the book her mother was using. Cleverly tricking Hendricks with her own words “If you can’t share, we might have to take it away if you can’t share.” her daughter convinced Hendricks to allow her to finish the doodle she had been working on. Hendricks told her daughter that she was going to draw a body for the lady, to which her daughter exclaimed that she wanted to do it. The result was unexpected and fantastic. The previously perfectionist Hendricks had leant her work to the limitless imagination of her young daughter and in doing so found a way of letting go of her own controlled nature of working. Much to the excitement and critique of her daughter, Hendricks finalizes each image herself. After Hendricks’ daughter started to ask to complete more works, the collaboration soon became a fun regular activity for the pair. (Hendricks describes the whole process on her website here.)

The motives behind the project were purely recreational fun with her daughter and Hendricks keeps all of the original images to give to her daughter when she grows up. For this reason Hendricks seldom takes commissions for the project. (On her website Hendricks states “…we’ve decided not to put the pressure of custom work on her at age 4.  We have so much fun with these, I would hate for it to seem like a job for her.”)
It is important to express and consider the motives behind any collaboration to avoid any unethical impressions being expressed, such as exploitation. (In particular, artists who collaborate with others are often accused of exploitation for fame or profit, so it is extremely important to ethically consider every aspect of a project in order to maintain artistic and professional integrity.)

The original image that sparked the project.

The above image is particularly interesting in showing the way unlimited aspects of a child’s imagination: The red surrounding the caterpillar-woman is a chrysalis. 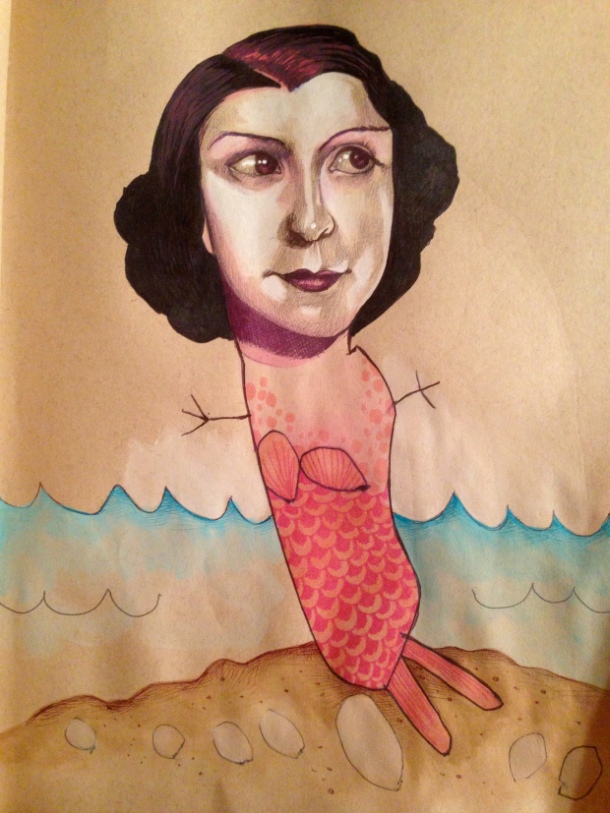 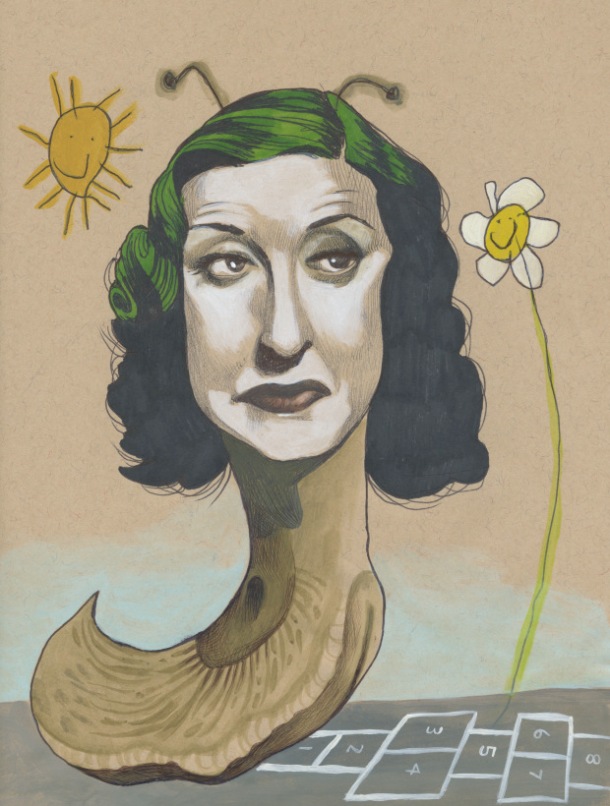 The above image shows how the imagination of children is not concerned with things such as notions of beauty or artistic challenge. This slug-lady provoked comedic joy from Hendricks’ daughter.